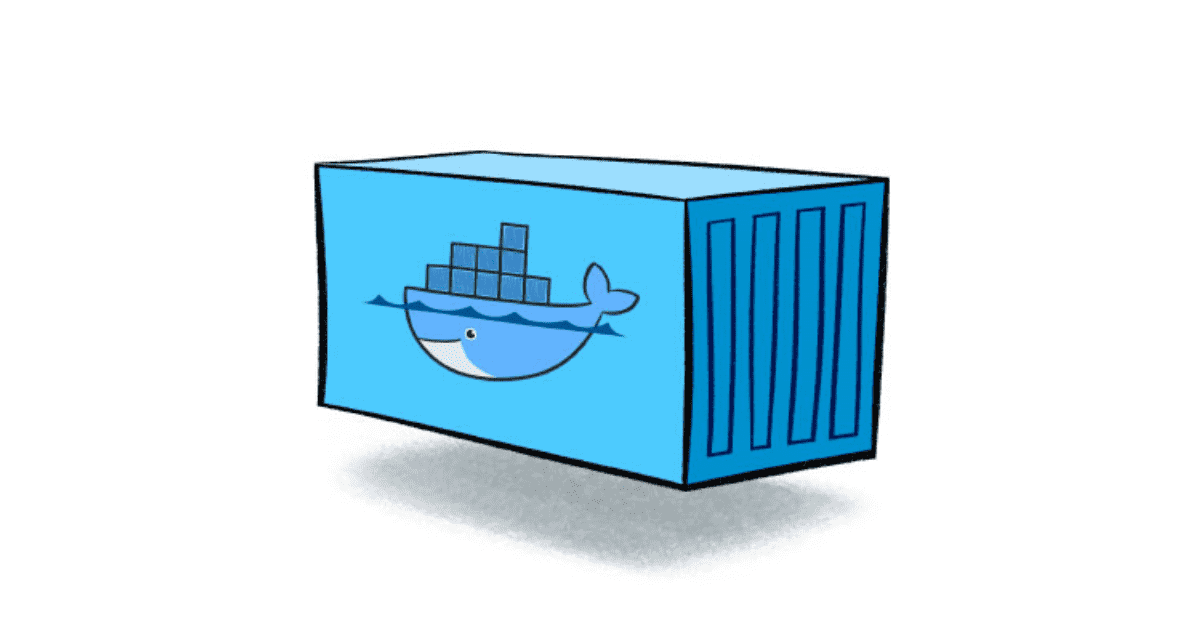 Docker containers have been on the frontline of application and software development and rapid deployment for a while. We have used it on Amazon Web Services  (AWS) for all sorts of Kubernetes environments. As a platform, Docker provides OS-level virtualisation to deliver software in packages, which we know as containers. Docker Hub comes with a range of tools for various platforms. New features are introduced with each new version.

As much as we love Docker, cloud enthusiasts will often level all sorts of complaints about it. Most of these are taken into account with each update. Hate it or love it; having alternatives is always worthwhile. You will find some Docker container alternatives in this article.

Docker is an innovative platform that combines different OS-level virtualisation to offer its customers software that comes in containers. These containers offer the user the ability to move from one software to another, i.e., from container to container.

They are made with the specific intent of communicating or processing different tasks for each other through well-designed channels.

The software was released in 2020 and has become very popular worldwide, accounting for over 83% of containers. It runs on Linux, Windows, and macOS. It is moderately priced in comparison to the options on the list.

With Docker CLI, you can translate your Docker commands to API calls as they come into Docker Daemon. Command Line Tools streamline processes.

Docker is mainly used by organisations that seek to build and share apps with the public. It also offers solutions in the form of ability to run the application securely from any place in the world.

Hence, if you are an app developer, this is a program that you most likely have heard of or used. Its high-velocity innovation has become a standard in the industry when it comes to building apps. It is also beneficial for beginners who are looking to develop their apps.

Anyone who can understand a good operating system can make use of Docker. Usually, you would also need to know how to make use of cloud-based platforms such as AWS.

Why someone may consider moving from Docker

One of the main reasons why someone would want to try out Docker is that: it takes a very general approach to the design and build of applications.

They have tried to condense all the functions into one, making it a more standardised app. Some people would argue that it does not perform specific functions as others but rather does everything at an average standard.

Another reason why someone might want to move to another platform is that you will have to learn how to work with multiple CLI and other general concepts. Docker has everything and would, therefore, be much harder to learn.

We will now look at an overview of Docker alternatives and what they have to offer. Consider things such as container management when vetting them. Cost, container isolation, and the architecture of your application are key. They determine hardware requirements and the development environments for application developers. 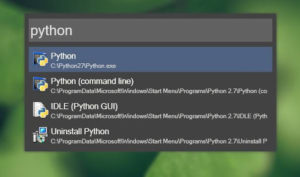 This is one of the more user-friendly options that a beginner can use to develop and manage their code. The builders of Wox have made this an open-source code that offers users the ability to use a full-featured launcher.

This means you can run the app continuously as it is being developed. This helps for troubleshooting purposes. It also helps the user to look at other things while they work at the same time. You can use things like web content and developer programs simultaneously to the application.

In a sense, it works to make the user more productive than they would otherwise be using another application. The only con with Wox is that it is not useful for people that do not use Windows operating software. 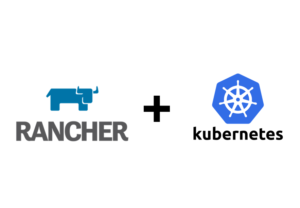 Rancher is one of the more similar apps on the list that you can get to Docker. The software has been designed with the intent of being able to offer its users all the facilities they would need.

It is built with open-source code, meaning that the developers can collaborate easily with other developers. It also works well when combining it with other containers.

This app’s main advantage is its ability to test out the different source codes and deploy them quickly. This means that time isn’t lost at the testing stage, often where users spend a lot of time.

It also allows users to make programs regardless of the platform they are running. The platform is built on Kubernetes, meaning that it is a bit more complicated than most other apps, such as Docker. 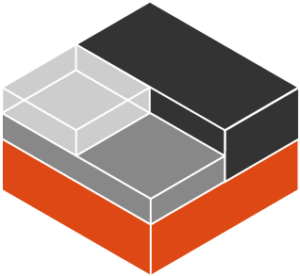 LXC accounted for only 1% of containers in 2018 but has quickly grabbed developer attention around the world. It is a handy platform because although the community is small, it is very active, meaning that help is never far.

This option is one of the older ones that provides users with an essential app development tool. It is not designed for more complex high-level applications, which is one of its main disadvantages.

However, if you only want to make a simple app or are just starting, this is a great option. It is different from Docker in this regard because the application does not offer the user everything. It doesn’t have Kubernetes integration which doesn’t bode well for professional app developers.

If you are looking for an excellent alternative to Docker that is simple and straightforward, Containerd is a good option. It has become very popular in the industry because of its robustness and simplicity.

You won’t find an easier platform to use when designing an application. It is different from Docker in this regard because it is quite portable. Containerd has a high incubation time which will often set back its users.

It allows users to use OCI images when designing their apps, and this comes in handy. What stands out most is its ability to manage programs’ life cycles. This means that your app’s administration will be top-notch. Containerd combines simplicity with functionality.

Kubernetes is one of the world’s biggest platforms used by large organisations worldwide, such as Yahoo. It can offer users the ability to manage, scale, and release their applications to the general public with ease. It is well respected and well known for its professionalism.

Kubernetes is trusted worldwide, you can manage clusters of containers in one place, making it easier to accelerate your production and reduce your work time.

It is simple and effective at what it does.  The biggest companies in the world use it for a reason. It needs the best developers to bring out its potential.

Virtual Machines are another alternative. Virtual Box was designed by Oracle. It offers its users the ability to create their apps in an innovative virtual environment. This means you will be able to easily develop and test out your applications on various sources simultaneously. It is one of the most popular Docker alternatives.

This is quite a unique feature that only Virtual Box has been able to offer. It requires the user to have computer software that can run X86 OS. With this option, you will be able to invest your cloud-based storage making it one of the closest alternatives to Docker out there.

Its main advantage is that it offers the user a great way to work across different platforms. This is not something that you can find when looking for a new container platform. You can also easily make use of cloud computing which means that you will not have to suffer from low storage problems.

This is another open-source code that pushes the user to greater heights to maintain portable virtual environments when developing their applications. It is one of the best at this. It works well to get most of the users in terms of their efficiency when developing applications.

They have worked tirelessly to simplify the process meaning that it is a great app for people who are just beginning their careers in app development. It is well used in university classes and tutorials. The program has been made with the use of Ruby.

This is just one of many that you can use because they have developed the system to allow different languages. This is quite an advantage because it means you can work in whatever you are comfortable with without learning a new language.

Many would argue that this is one of the most direct alternatives to Docker. Formally known as CoreOS Rocket, it is well used by consumers and provides them with an excellent support structure.

The main advantage that this platform offers is its ability to cross-function with different operating systems and frameworks. This means that if you wish to use Docker at the same time or take some containers from Docker, then you can. In addition to container images, Rkt supports other platforms.

If you wish to use containers from Kubernetes, then you can directly access these. This interoperability is essential to a user trying to use the advantages offered by different platforms.

A disadvantage that we could talk about when referring to this product is that it is not a product to be used alone. It is best used in collaboration with other programs to get the best out of it. Therefore, you will have to pay extra to use multiple platforms. 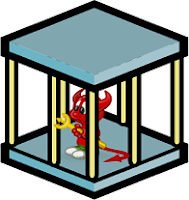 This is a program that makes use of a jail mechanism. This is a similar concept to containers. The main difference is the virtualisation that system administrators can create when designing their jails.

This is mainly for people that want to make ‘different’ apps. By different, I mean an app that stands out from the more popular ones and can-do things that break certain parameters.

It is mainly used for experimental applications when developers have a radical idea in mind. It has a greater level of functionality and creativity than other platforms.

This makes it much more of a difficult application to use than the others. It is very different from Docker but in a good way.

If you are trying to find a good alternative to Docker, you will have to consider the main aspects, such as how well the platform can cross-function with other platforms. This is very important to people that want to use the best features of each app.

You will also need to consider what storage level you will require to access each platform’s various benefits. Some offer you the ability to use cloud storage, and others require you to have your own.

You will also have to decide whether your chosen platform supports your operating system. You should also need to know what languages are supported by the platform. If you are not willing to learn a new language, then you will want to consider finding one that allows you the opportunity to code in the language you understand.

Another alternative that deserves an honorary mention is Hyper-V containers. They are a lightweight alternative to virtual machines.

Lastly, depending on whether you work for a company or are working on your own, you will need to consider your budget. Docker is one of the more affordable options on the market but not one of the overall best. It is important to remember the value of user experience and security as key components of the applications you run in your Docker containers or their alternative. All the best with your project.