When it comes to the seemingly never-ending volume of data available online, there is an ever-increasing need for tools that are able to search, store, index and analyse it. Organisations that rely on data need to carefully select the right software with the relevant features to effectively process and analyse massive amounts of information.

Here, we will discuss ElasticSearch and Hadoop – two of the most popular software options for this purpose and compare their uses, features and functionality.

An Overview of ElasticSearch 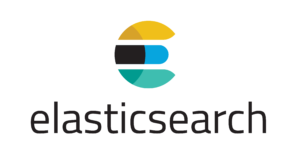 The ElasticSearch engine from Elastic Co serves as an open-source, RESTful search and analytics tool designed to centrally store and index data and perform an almost real-time search as well as providing in-depth analytics.

A variety of data can be searched using ElasticSearch – (including text, structured, unstructured, geo and metric data). This high-speed search is combined with highly scalable indexing and storage capabilities as well as analytics that allow users to easily identify data trends across massive search results volumes.

The ElasticSearch engine is highly scalable and is employed by a variety of large brands and organisations who need complex search functionality in several locations and languages including; Adobe, Walmart Netflix and Tinder.

Although primarily known as a search tool, users can utilise ElasticSearch to achieve a variety of aims. Some of the most common and most applicable use cases include:

An Overview of Hadoop 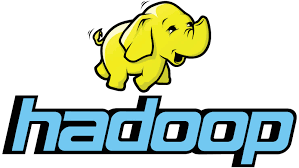 Coming to fruition in 2006 after beginning life as a Yahoo project, Apache’s Hadoop software is an open-source framework for data storage and application running that allows distributed computing processes large data sets across computer clusters using simple models of programming.

The library is employed to detect and handle failures at the application level for highly available service and is designed for scalability – with scaling from single servers to large clusters of machines – all offering local computing and storage.

Hadoop is used in a variety of industries including the public sector, retail, financial services, telecoms and asset-intensive energy.

The primary use cases Hadoop facilitates are:

ElasticSearch vs Hadoop – What’s the difference?

Schema: Data can be easily uploaded to Hadoop in any key-value format due to its basis on NOSQL technology, whilst it is recommended that data is uploaded to ElasticSearch in generic key-value.

Complexity: Hadoop runs on the MapReduce system whilst ElasticSearch is based on a JSON, more domain-specific working principle. This makes use of Hadoop more complex in comparison to Elasticsearch which is easier to both understand and implement.

Language: One of the primary differences between the 2 platforms in which ElasticSearch offers easier usage is the languages used. Whilst ElasticSearch has a variety of supported languages including Ruby, GO and Lua, Hadoop is more limited due to running only in Java. Despite Java being one of the world’s leading programming languages, this still requires users to possess this niche coding skill and limits the number of users who are able to use Hadoop in comparison to ElasticSearch.

Setup: When it comes to setup complexity, Setting up ElasticSearch for on-prem installations can be complex as setup needs to be based on proactive estimations of the data volumes beforehand. When data volumes increase, settings need to be altered accordingly. However, this process is much smoother when setting up ElasticSearch in the cloud as users can choose an Auto-Scale option for on-demand growth. In comparison, Hadoop setup is more simple, with the setting up of clusters being smoother and with less risk of errors.

Speed of Analysis: In terms of Analysis, ElasticSearch outweighs Hadoop with almost real-time analysis that is considerably more advanced, whilst Hadoop runs primarily on batch analysis, making the process slower.

Bulk Upload: Hadoop’s bulk upload capabilities are superior and less challenging in comparison to ElasticSearch which, whilst capable of handling large amounts of data, works better for uploading smaller datasets than Hadoop.

Whilst ElasticSearch is available in Open-Source, they offer a range of subscriptions which run on a resource-based pricing model. The cost of each subscription is calculated based on a number of components and with each component charged based on GB of Ram per hour. ElasticSearch offers a Pricing Calculator tool to allow users to estimate the cost of their subscription.

Four ElasticSearch subscription options are available on a monthly or annual basis:

Find out more about ElasticSearch Subscriptions

Hadoop, on the other hand, is available free as open-source Apache projects and could, in theory, be run with no license cost. (There are commercial, managed offerings of Hadoop available from sources including Cloudera)  However additional set up fees and storage will make up the bulk of the cost of using Hadoop. In comparison to its competitors, Hadoop keeps its costs low with the cost of the data management system (including hardware, software and other expenses) amounting to no more than 20% of their competitor’s cost at around $1000 per terabyte.

Both options also include a free trial* with no committal to purchase for those wanting to ‘try before you buy’.

The potential for scalability is one of Hadoop’s primary benefits – it is designed to scale from single servers up to thousands of machines. The option of this extensive scalability (both vertical and horizontal) effectively removes the limits of how much data can be stored through distributed processing of large data sets across multiple computer clusters.

ElasticSearch also offers scalability options -with a horizontal scaling design meaning the capacity of a cluster can be increased through adding more nodes rather than through a vertical scaling model where larger machines are required. However, scalability in ElasticSearch can be more issue-prone when compared to Hadoop and set up can be time-consuming. One problem for ElasticSearch in terms of scalability is index size – where overly large indexes can cause problems for clusters.

Whilst Hadoop’s impressive capacity for vast data storage and flexible, almost limitless scalability potential has meant it’s still popular more than a decade after its creation, the system can be considered slightly ‘old fashioned’ in 2020 with several of it’s more modern alternatives outperforming it in many aspects.

ElasticSearch, despite lacking in scalability capabilities and being more suited to the storage of smaller data sets, is far superior as an analytics and search tool as well as being more accessible and easier-to-use for a wider range of developers thanks to its multi-language capabilities.

Other Alternatives to Hadoop

For users still looking to utilise the positive features of Hadoop without its drawbacks, Hadoop offers other programs that can fill these gaps’

Spark
Regularly used alongside Hadoop, but also available as an alternative, Apache’s Spark serves as a high-speed analytics engine, with advanced machine learning and econometrics features built-in. Like Hadoop, Spark is suited to processing large scale data sets but offers increased efficiency and can run workloads up to 100 x faster than Hadoop.