DevOps is exciting. It’s an approach for IT organisations that starts with the idea that people should work together to create, share, and deploy software. It has become a hot topic within IT circles. Many organisations are still struggling to get started. It’s not always easy to get started with DevOps, but it’s a great way to build better systems and teams once you’ve got it down.

Yet, DevOps is a vast field, and there are lots and lots of tools. This is not an exhaustive list yet. I have evaluated many of them for their usability other qualities. All these tools are well-known amongst the users. That gives us a vast array of user data to tap into.

Packer is a tool used to create identical machine images for many platforms from a single source configuration.

You can use Packer for many different computers and operating systems. It is lightweight and can be used to make many machines at the same time.

Packer is not like Chef or Puppet. It does something different than them. It uses Chef and Puppet to install software on images.

Vagrant enables you to build and manage virtual machine environments from a single workflow.

DevOps automation can be a tedious and time-consuming process. To mitigate this, many tools exist that can help automate the process such as Vagrant. Vagrant is an easy-to-use workflow focusing on automation. It reduces development environment setups time and increases production parity.

It gets rid of issues of applications working on some machines but not others.

The Salt Project is infrastructure management that works from a dynamic communication bus.

Saltstack is a tool that you can use for many things. It can help you do data-driven orchestration. This is through remote execution of any infrastructure, and configuring app stacks.

Salt is a DevOps automation tool that allows developers to have their code deployed onto remote servers.

You can use Salt via the command-line interface or REST API to perform various functions. This is done using prebuilt and customized configurations. 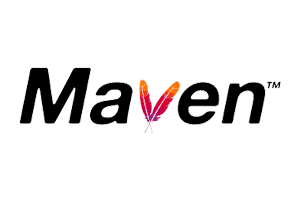 Maven is a Java-based automation tool. It is an open-source automation tool developed by Apache. The word Maven, in Yiddish, means ‘one who collects knowledge.’ Maven is a dependency manager software that manages the dependencies of application software.

This tool also allows you to specify what phase or goal should run, even on the commandline. DevOps can use Maven to build, test and deploy applications. Based on your configuration, Maven records which actions need to be taken.

Chef is a DevOps tool that automates the process of configuring systems regardless of their type with code workflows. It is designed for desired state configuration (DSC) to provision servers. It allows you to take a reactive approach to server deployments by tracking changes made to configuration files. You can get back on track if needed.

Chef is a configuration management tool developers, and sysadmins use to deploy. It manages servers and applications in-house or on the cloud in the DevOps field.

Automation tools can be classed into two types: DevOps tools and DevOps Automation Tools. DevOps tools handle the configuration of servers, while DevOps automation deals with setting up scripts to automate tasks to create a seamless environment for developers using version control systems like Git or Mercurial.

It offers services focused on containers. CircleCI offers one free container for a project, which is not limited to the first project.

CircleCI provides enterprise-class support and services. They combine the flexibility of a startup with the best of both worlds.CircleCI works on Linux, macOS, Android, and Windows. You can use it on an online computer or one that isn’t. 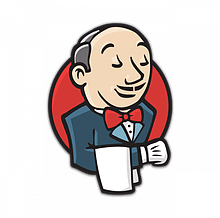 Jenkins is a great DevOps tool for continuous integration. Jenkins is a Java-based application that you can install on your own machine or online service, like the CloudBees JOCKE. The main goal of Jenkins is to facilitate easy and painless building and testing tasks.

Jenkins has many plugins that allow it to do things like Content-Security-Policy protection. You can integrate with OpsLevel, and filtering servlet/HTTP/URL requests in Jenkins. That is only the tip of the growing iceberg.

Travis CI is an open-source hosted service that builds and tests projects on GitHub. You can configure Travis CI by adding a Travis.yml file to the repository located at the root directory of GitHub.

You can set up Travis CI to execute the test cases on different machines, with different software installed (such as older versions of a programming language implementation). They promise that “Testing your Open Source Projects will always be free.” 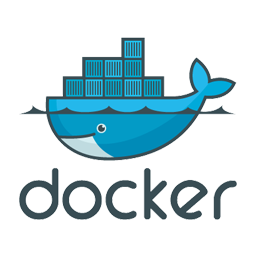 Docker is an open-source project that automates the deployment of applications inside software containers. These contain everything needed to run an application, including code, runtime, system tools, and libraries (dependencies).

Docker is supported on Linux operating systems using Oracle Corporation’s Unbreakable Enterprise Kernel Release with Namespace Support (UEKrN) or Red Hat Inc. It is arguably one of the most widely used Container platforms.

Puppet is a DevOps tool that helps you manage and automate the configuration of servers. Configuration includes how the system behaves, users’ access to it. That includes software packages installed, etc. It works by editing small text files on each server called “manifests” and applying them to keep configurations synchronized between machines.

Puppet is an open-source tool that includes several packages, which together are called the Puppet platform. The Puppet platform is what you use to manage, store and run your code with the application.

Buildbot does what the name suggests. It can be used to automate the building, testing, and releasing of applications. It can automate the entire development cycle.

Buildbot is an open-source CI tool that automates the integration, build, and testing process of software. It is written in Python over twisted libraries.

When you build an image, it can run on Windows, Linux, BSD, and OSX. Mozilla’s Tinderbox project is a heavy program. Buildbot was made to be lighter and easier for people to use. It supports SCM integration with software like SVN, CVS, Mercurial, Git, Monotone, and BitKeeper. 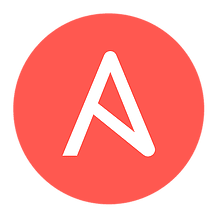 Ansible was designed to make it easier for people to work together. It can use inventory information from other servers such as Rackspace, EC2, and Openstack. It is easy to add machines and systems to your Ansible inventory once you know how.

DevOps tools can be a helpful option for automating IT infrastructure. Ansible is a popular DevOps tool that accelerates your response to the demands of the market. Depending on the use case, Ansible has been said to be one of the best.

There is a wide range of DevOps tools and DevOps automation tools to choose from. As adoption grows, this sector is bound to follow suit. DevOps tools can be a helpful option for automating IT infrastructure. DevOps automation is the new phase of DevOps, and it has seen a huge growth in recent years. Have a tool in mind that we did not cover? Let us know in the comment section.