Serverless Days Cardiff 2020 took place on the 12th and 13th of February. Multitudes of serverless practitioners and stakeholders descended on the Welsh capital, Cardiff. The event was divided into speaker sessions and workshops. Workshops took place on the 12th, with the main event following a day later. Serverless Days partnered with various sponsors to put on a wonderful event. Besides the benefits of sharing experience and expertise, such events allow attendees the opportunity to network with people with whom we otherwise would have never crossed paths. 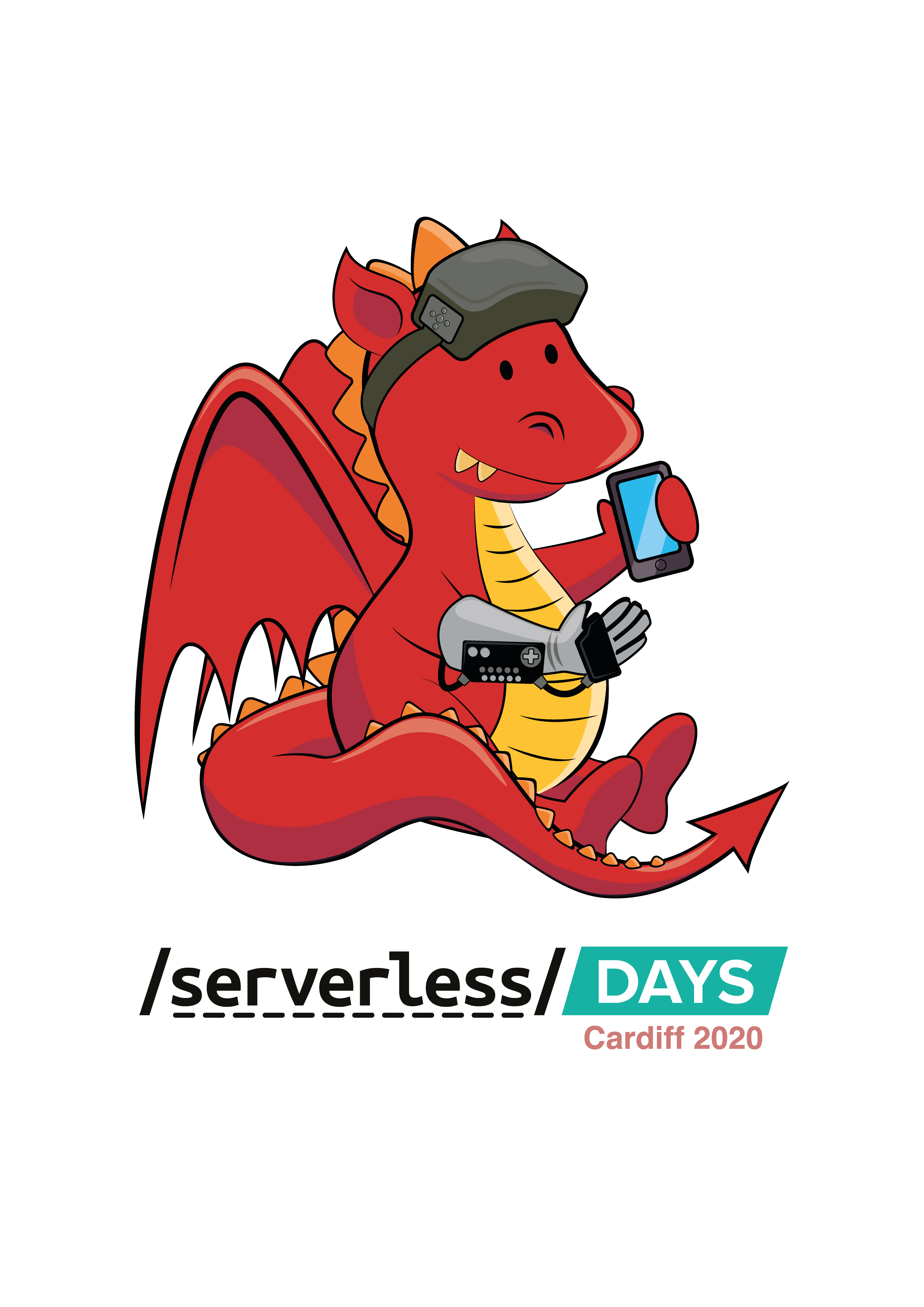 The venue this year was the DEPOT, Williams Way, Penarth Road, Cardiff. It is a great space that allows exhibitors and speakers to freely set up the layout and audiovisual equipment. This facilitated great production value and wholesome experience for everyone.

The format of the event is one where there are various speakers who cover all sorts of topics based on their own backgrounds and experiences. This is done throughout the day on which the event is held. Alongside these speakers, there are several workshops that attendees can sign up to. In most cases, the appeal of these workshops is based on the fact that they are more hands-on and practical. This year’s event was held on the 13th of February. It brought together a lineup of 14 speakers with a wide range of expertise and experience. The talks that they gave were just as varied as the speakers were.

Doors opened at 8 am, allowing for just over an hour to register and network. At 9:15 am, the Serverless Days Team officially opened the event by welcoming all of the attendees to the event and making general housekeeping announcements.

Here are some of the highlights of the things that were covered in the talks:

How to refactor a monolith to serverless in 8 steps

In this talk, Yan presented a straightforward process that involves 8 steps which anyone can follow in their refactoring efforts. The critical parts in these 8 steps are the fact that they highlight key decision points that will help you avoid having to stumble later on in the process. Doing it right from the beginning ensures that you do not have to redo it later. Some of these decisions include the language and the tools that you are going to use.

To Serverless and Beyond! Successful eCommerce Migration at LEGO

This was a very practical talk that looked at how the speaker, Sheen successfully steered LEGO’s Migration to serverless. If there was ever a good case for going serverless, this is it. He also presented some of the principles that guided decision making throughout the process. These are principles that anyone can take away for application elsewhere.  For a brand as big as Lego, this migration required not only experience but creativity as well. The talk looked at how this was carried out including some of the thoughts behind the decisions that were made. The migration of the legacy eCommerce application required a lot of innovation, which Sheen and his team were up to the task for. He also covered the challenges faced along the way as well as the approach and principles that were taken to ensure that this transition was successful.

This was a talk delivered by Carl Austin and Yordanka Ivanova. Carl specialises in data, analytics and distributed systems. Yordanka is a data engineer at BJSS. Their talk dove into a real-life project in the form of the successful production of a data lake delivery for a UK bank. It was a process that was carried out using Microsoft’s Azure serverless capabilities. Perhaps the most impressive part of it is that it was completely delivered within a few months.

Levelling up with Serverless

This talk came right after the break. It was given by Farah Campbell. The talk covered what led her to take on Serverless systems. It looked at why she learnt Serverless and her current experiences with the technology. Finally, she also looked at the benefits that her career has derived from having Serverless experience under her belt. Having worked in healthcare for a decade and Farah changed her career and currently works as an ecosystems director in Portland OR. We were honoured to have her travel down to the Welsh capital to deliver some insight into not only her background but what she is currently working on.

Serverless your containers with Knative and Cloud Run

This was delivered by Bret McGowen. He covered some of the things that you could do if you’re not confident about migrating to containers. Some of these things included the use of community tools that would build the containers for you. This is ideal for those who have no experience with using Docker. Bret also covered Knative which is an open-source project by Google. It is designed in such a way that helps you maintain control of your containers scalability by choosing the parameters on your hardware. Bret is a Serverless Developer Advocate at Google. This was a talk that was geared towards those who are considering making use of containers.

This one was delivered by Aviad Mor. It started by outlining some of the challenges that those who used managed services find when it comes to gaining observability. Once the challenges were outlined, we then moved onto how one could overcome these challenges. Avid explained some of the methods that can be used to obtain observability in a highly async distributed world. There were several examples that we presented.

After lunch came the lightning talks. These were delivered in 15-minute slots. The first one was delivered by Daniel Bass. In this talk, Daniel looked at a real-life example. He covered how he and his team built a sophisticated and user-configurable slackbot. This was a bot that was designed to deliver customisable reports to financial analysts using serverless technology on Azure. The key information that most of us took away was the architectural decisions that they made as part of the process.

In her talk, she looked at how a local start-up TenantFootPrint was using Serverless technology to take on the issue of getting on the housing ladder. This included looking at how serverless technology has been utilised as a way of bridging the gap between bootstrapping and scaling up. Siobhan is a Software engineer at Mobilise. She is also doing a Degree Apprenticeship with the University of Trinity Saint David (UWTSD).

Identifying Drivers of Poverty with Lambda and Fargate

David Carboni looked at how Policy in Practice is revolutionising a historically slow-moving sector. Policy In Practice has done just that to help people understand what benefits they can claim and help councils support the most at risk from poverty and hardship. As the service grows in popularity, manual processes behind the scenes soon expand to fill the team’s time and it’s time to automate. Using Lambda and Fargate, Policy in Practice is transforming operations into an event-driven data pipeline.

Imposter Syndrome as a Techie

Beth talked about her experience being a woman working in a male-dominated tech industry. She looked at how that contributes to the often unspoken issue of the imposter syndrome. She also gave some tips on what has helped her to push herself when that Imposter Goblin would not stop talking when she wants to work.

In her talk, Sara covered some of the blind spots that most of us developed while using AWS. One of the key statements was that “You don’t have to worry about it, AWS takes care of it for you.” Sara contended that while there is some truth to the statement, there are many things that we miss because of this presumption. She gave various examples of failure modes in Serverless services within AWS that may fly under the radar. As part of the solution, she presented how we can mitigate some of these from the perspective of a backend engineer such as herself.

This is a talk that charts a path that most of us will have to take in the future. The evolution of AWS over the years and its continual evolution in years to come to mean that the methods that we use have to follow suit. This talk highlighted AWS’s focus on improving observation ability, configuration management, functions invocation, service integration, and execution environments. For those who would have missed recent updates on AWS, Danilo covered them in this talk as well.

In this talk, Jeremy discussed strategies and patterns to create highly resilient serverless apps that mitigate pressure on “non-serverless” systems. This was a talk that included real-life examples as well as some practical tips that can be applied by all developers.

After the last talk, the Serverless Days Team gave a vote of thanks to everyone that had worked together to put on such a wonderful event. The venue remained open until 10 pm, allowing plenty of time for networking over beverages.

The way that each of these workshops was run is such that everyone who attended would have come out with practical ways that they could implement what they had learnt on a day. In some cases, the attendees were actually encouraged to bring their own computers and take part in trying out what they were learning while they were learning it.

It would be impossible to put on such a wonderful event without the support of the wonderful sponsors that partnered with the event. This year, the sponsors included Mobilise, Lumigo, DevOps Group, CapeGemini, Thundra, AirBus, AWS and Hodge Bank. Sponsors had their banners and stands within the venue. This allowed them to mingle with the attendees. It also meant that the attendees themselves could find out about the work that the sponsors are involved in.

Now that the event has been and gone it is easy to reflect on its impact. By and large, Serverless Days Cardiff was a grand success. It goes without saying that none of this would have been possible without everyone’s help. From the people who bought tickets and came to the event, the wonderful speakers, the sponsors, and the city of Cardiff that played host to this event. We speak for ourselves and for all of the attendees that we have been in touch with since the event in saying that we learnt so much at this event and hope to do it again next year.